It seems to be easy to think about this nations wounded as men who are on the front lines fighting, traveling through war zones, or trying to keep peace in counties trying to establish their own democracy. But, they are not alone.

The women who serve our country, our sisters, daughters, mothers, wives, or friends, are with them in those far away places. As of December 2013, there were 214,000 active duty and 118,781 reserve women serving in all branches of our military. They are often put in perilous danger. And many have died or been wounded too.

These are the most recent statistics I could find. In December of 2013 the VA stopped releasing the number of non-fatal casualties of the Iraq and Afghanistan wars. All that can be said with any certainty is that as of that date more than 900,000 service men and women had been treated at VA hospitals and clinics since returning from these war zones, and the monthly rate of new patients as of the end of 2012 was around 10,000.

In the continuing wars in Iraq and Afghanistan more than 283,000 women have been deployed to these two countries. More than 800 female service members have been wounded in Iraq or Afghanistan. And 146 women have given their lives while serving against the war on terrorism. 110 of these women died as a result of serving in Iraq.

Although the prohibition against serving in combat was lifted in 1994 for women service members, it has been the policy to exclude women from ground combat units. However, in Iraq and Afghanistan, women have served as foot soldiers during door-to-door operations and they have been in convoy escort missions. About 20,000 women are still serving, mostly in Afghanistan.

So, remember our women service members. They too have given much, given some, or have given all, so we can continue to live our lives with our freedoms. 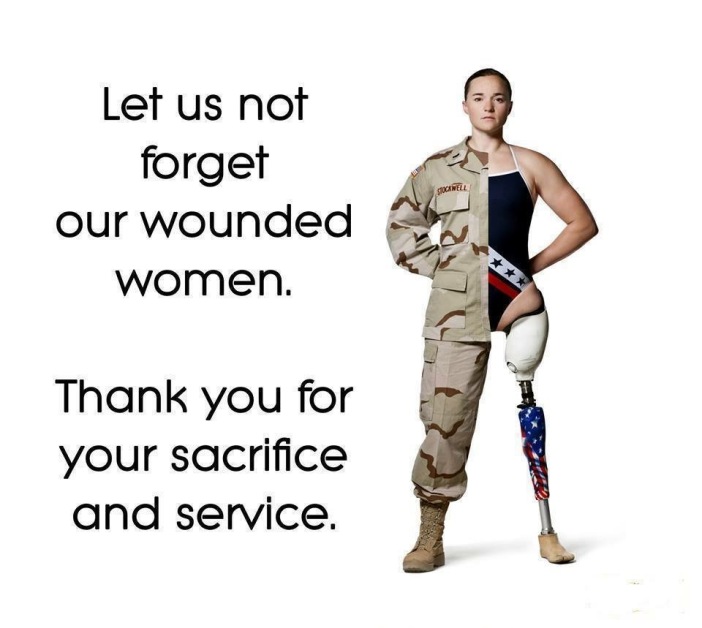